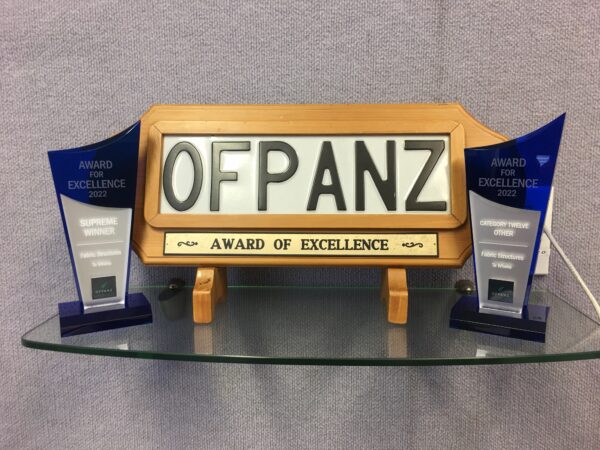 This project was a custom design in-house from the client’s 3D model. The two month fabrication included creating the 1000+ pattern peices and hand stitching them into its impressive form – pontoon and installation handled by the client.
Te Wheke o Muturangi was one of six art installations from the series Kura Moana. The project by Lisa Reihana focussed on Te Moananui-a-Kiwa, the great ocean, and celebrating the role the ocean plays between Aotearoa and its Pacific neighbours.
It is rare to create an art piece of this scale and detail. There were many complexities throughout the project – the original model was very organic and non-repetitive. With a tight turnaround, limited fabric and a narrow roll width, we minimised fabric requirements using as few baffles as possible, and produced many pattern peices to reduce wastage.
The final form was incredibly similar to the clients 3D model, giving the painter the ability to produce a pattern corresponding to what the artist envisaged. The whole inflatable was well balanced, integrating seamlessly with the clients pontoon system. It was a much admired and visited work.
Special thanks Assembly Ltd, Warwick Bell, Aotearoa New Zealand Arts Festival 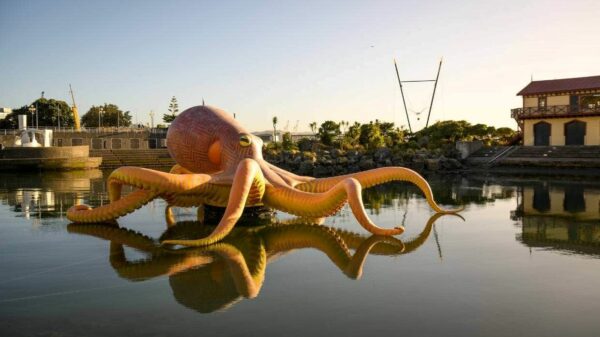 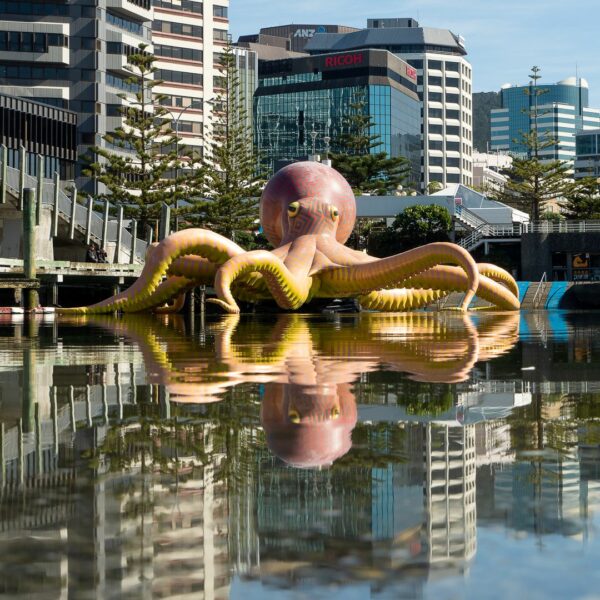 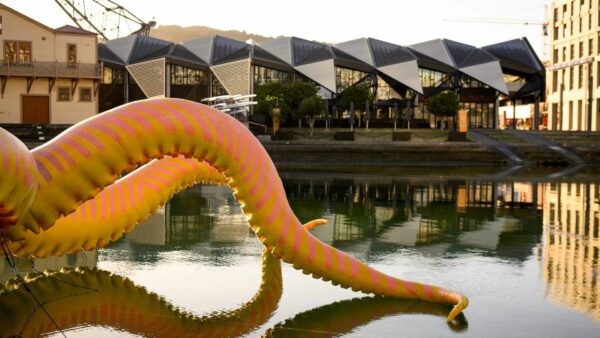 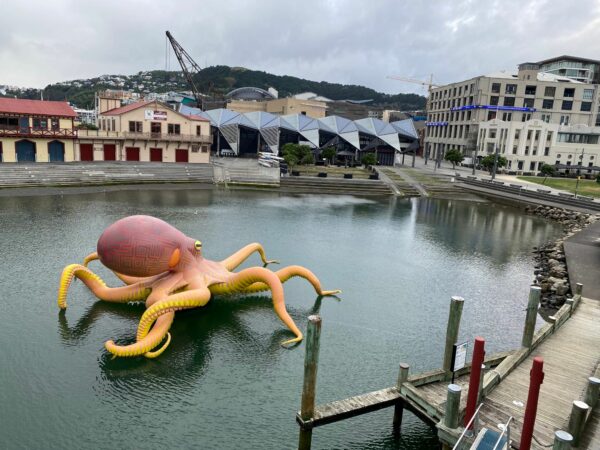 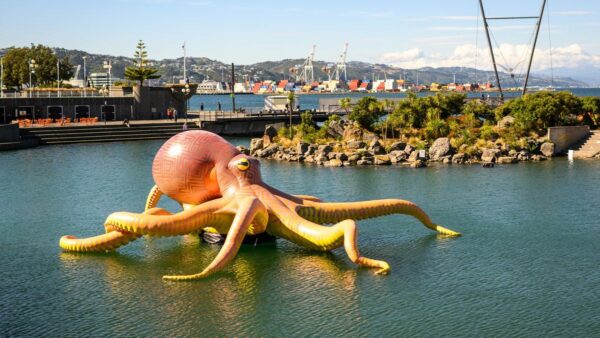