“the canopy design will be very striking and will reflect the maritime environment in which it will be constructed.”

Mayor Morris Cutforth says the canopy design will be very striking and will reflect the maritime environment in which it will be constructed.

“The use of special lighting means it can also be themed for special events like Rugby World Cup, where we will  “Paint the Town Red”.

“The construction of the canopy and the paving of the bridge will make the area largely weatherproof and open it up as a significant community and entertainment space for activities like the Artisans Fair, food market, buskers’ festivals and numerous other activities which will attract both locals and visitors,” he said. “I am pleased that one of my election pledges of supporting people-focussed areas is being acted on so early in my term.

“Whangarei-based Fabric Structures has an international reputation.  It was responsible for the giant rugby ball built to showcase New Zealand in Paris, it has built structures all over New Zealand and was recently awarded the contract for Party Central in Auckland – but this is the first time it has built such a structure in its home town.” 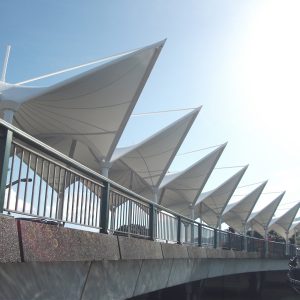 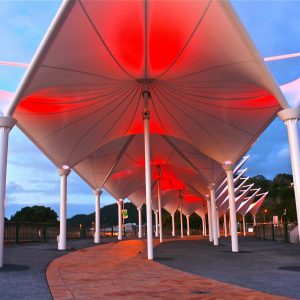 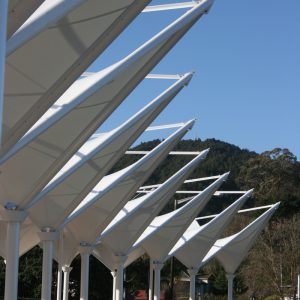 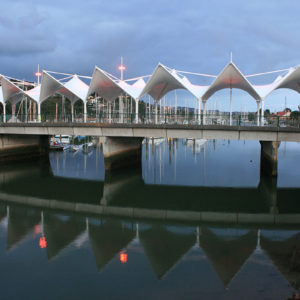